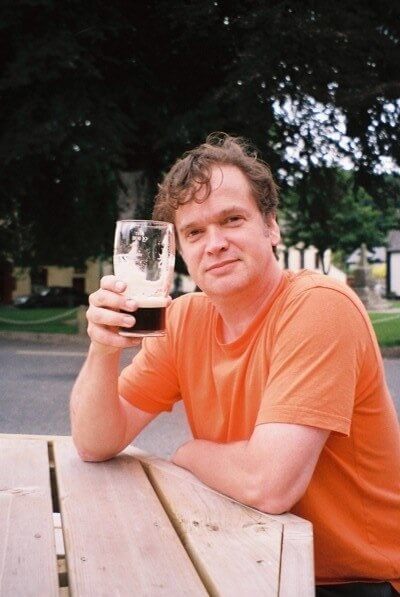 Take On the Challenge of Practicing Irish with Locals

Many members of our enthusiastic community see Irish as a strange but beautiful language. Learn it may have its ups and downs, but if you see it as a way of improving yourself, and not as a chore, you will see progress with every Irish lesson.

Learning the Irish language isn’t as easy as you’d think, but it’s a worthy journey to sign-up for. One of the biggest obstacles you will face while on this journey is that your enthusiasm isn’t matched with opportunities to practice.

Practicing the Irish language is an important challenge in your learning process – that’s why we encourage you to do it as many times as possible. Don’t worry if you only know a few words, starting a conversation in Irish with locals with always bring a smile to their face.

One of Irish learning community members – Graham Coult found ways to challenge himself by speaking Irish with locals, in his Ireland travels.  We encourage you to read his interview and share with us your experiences of practicing Irish with locals (or friends and family) in the comments section below.

Graham: I am British, normally live in London but for past 3 years have been living in East Yorkshire as my late Mother had dementia and Parkinson’s and my father is housebound. I’m close to a lot of people who are Irish or half Irish and have visited Ireland quite a lot.

Graham:  My reasons for learning it are because I have heard it on trips, and it is part of the culture of these islands. In April 2018 I decided to try and learn a little using Bitesize Irish Gaelic, and then tried it out on a trip to Ireland in May to see how people reacted.

I tried it on the bus driver when I made a day trip to Enniskillen (the bus was going to Donegal Town which is where the driver lives).

He loved it, and when we got to Dublin airport where there was quite a queue of passengers, he greeted each of them in Irish Gaelic and asked them where they wanted to go. This resulted in a carnival atmosphere on the coach for the rest of my journey.

On a visit to the new Museum of Emigration in Dublin I tried my Irish out again, and it got a great response. The young ladies on the ticket desk chatted about their experiences of Irish Gaelic, and then the older gentleman (late sixties or early seventies I would guess) on the reception desk in the cellars followed me round later with some phrases, and things he had thought of to say but they didn’t come to him until afterwards as he felt his Gaelic was rather rusty.

One of my London neighbours (who is 86 years old) was brought up in Galway, but has lived in London for decades). When she first went to school she could speak and write Gaelic but didn’t speak or write English at all. I recently called to see her and tried a little Irish Gaelic on her. She was very pleased that I had learned some Gaelic, but told me off for speaking Dublin Gaelic and said I should speak the Gaelic of Connemara…

Graham:  As far as I am aware I do not have any Irish ancestry, my affinity for Ireland comes from the people to whom I have grown very close over the years, wider friendships that have developed, and visits to the country.

Graham:  I find the Bitesize approach very helpful. I listen to it on my Walkman, and printed off the grammar notes to go with it. I can’t spend huge amounts of time, but I’m enjoying learning it a little by little. I made the most rapid progress when I was in Ireland in May because it embedded what I had learned.

Graham:  Take the plunge! The Bitesize approach is very good because you don’t feel under great pressure to learn as you do with a exam-focused course for example.

I think this reduced pressure helps you learn, you don’t have that sense of panic of having to cram it all in. I think finding people to practice on is also very helpful, and if you try out Irish Gaelic in Ireland itself, it tends to win people over. Some of them say they have forgotten what they learned, but bits start to come back.

Gaelic is part of the authentic culture of these islands and it would be great if it came back into more common use – all of us in these islands can play a part in keeping the less pervasive languages alive and thriving if we put our minds to it. I feel as a British person it is a way of extending reconciling hands by making an effort to learn and speak Irish Gaelic.

Want to strengthen the connection to people around you who speak Irish? Make the first step and sign up for a Bitesize Irish Gaelic membership. Don’t forget about practicing the language, immersing yourself in Irish and visualizing yourself as being fluent.