Samhain is an integral festival to Ireland’s traditions, intertwined with Gaeilge, the Irish language. Bitesize Irish members have access to “Samhain” and “Seasons and Months” online lessons, amongst many others. Listen and repeat thousands of Irish language recordings throughout the courses in Bitesize Cúrsaí. Learn at your own page.
Sign up for free Taster membership of Bitesize Irish. 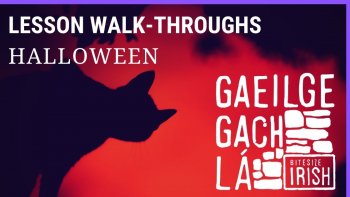 Learn all the phrases and vocabulary you need to celebrate Halloween as Gaeilge! This is a lesson walk through of the Bitesize Cúrsaí lesson Halloween which is available to Bitesize Irish members in our course Days and Holidays. 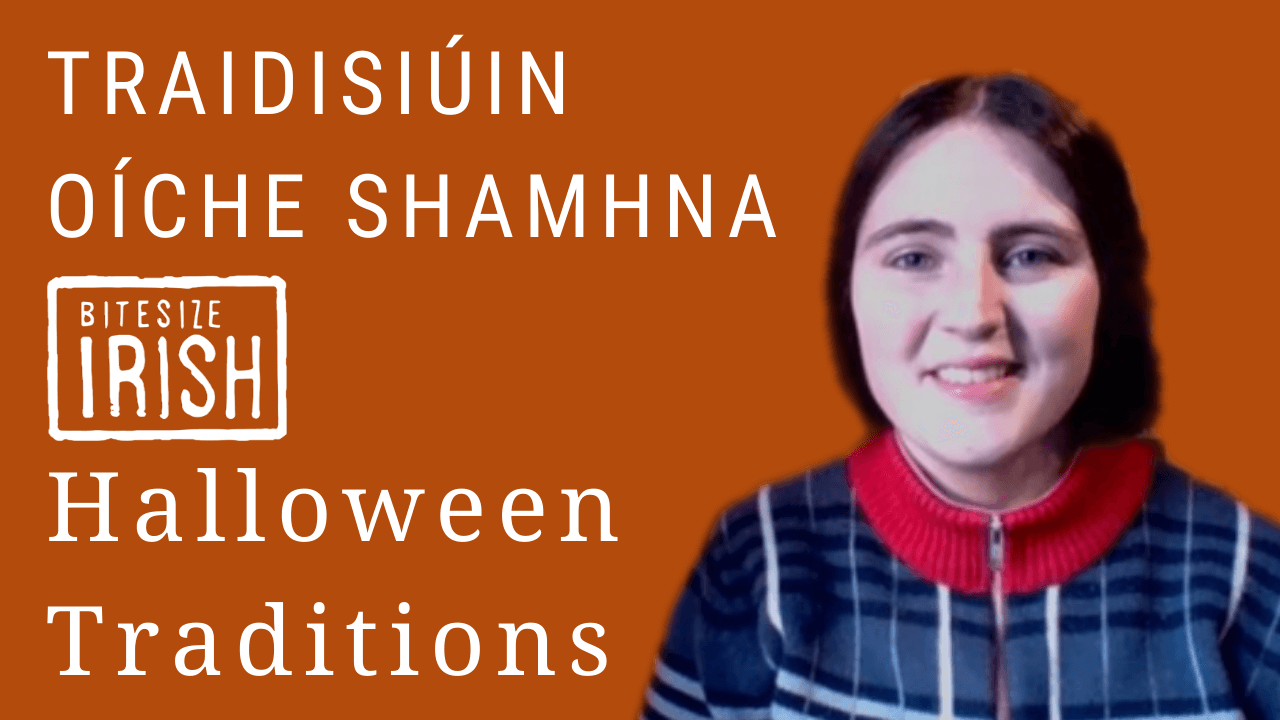 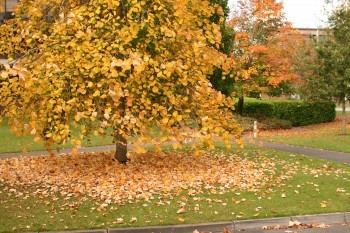 If you’re like me, you probably love Halloween. It’s been one of my favorite holidays for as long as I can remember…not QUITE up there with Christmas, but close! I mean, seriously…what kid DOESN’T like dressing up and running all over the neighborhood after dark begging for candy? In fact, with my daughter now off at

How To Say – “Happy Halloween” in the Irish Language (VIDEO)

How to say “Happy Halloween” in the Irish language. Oíche Shamhna Shona Daoibh /Ee-ha How-na hunna ghweev/ “Daoibh” can also be spelt as it is pronounced, “dhaoibh.” Our modern notion of trick or treating arose from the practice of setting food out in welcome for one’s ancestors on Oíche Shamhna. In some areas, setting out food had a second purpose…that 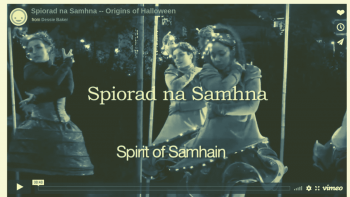 Halloween may be over for another year, but it’s still a fascinating link to the “otherworld” in ancient Irish culture. 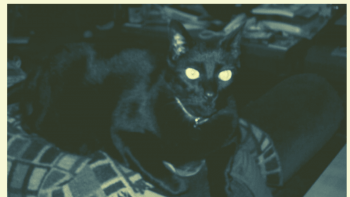 When I was a kid, Halloween was one of my favorite holidays. After all, what could be more fun than dressing up and running all over the neighborhood after dark, begging for goodies and scaring yourself half silly in the process? 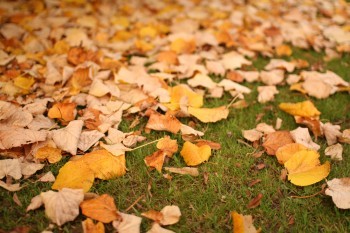 Take the Bitesize Irish Halloween Lesson for free. In Oíche Shamhna (Halloween) – Part 1, we shared with you some interesting information on the origins of Halloween (in Irish, Oíche Shamhna, pronounced roughly EE-hyeh HOW-nuh). In this post, we’ll teach you a few words and phrases in Irish that you can use tonight, if you 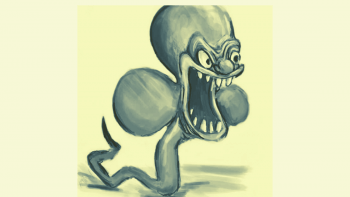 Many Hallowe’en traditions come from the Irish celebration of Samhain. It was a pagan celebration in Ireland (and probably in other near-by lands, too). To celebrate, we’ve made a new Hallowe’en Irish language lesson available. It’s free below. It’s a sample of content from Bitesize Cúrsaí: our library of online Irish language lessons for members.

Many Hallowe’en traditions come from the Irish celebration of Samhain. It was a pagan celebration in Ireland (and probably in other near-by lands, too).

Warning, it’s not for the faint of heart!

The Irish language phrase for Halloween is Oíche Shamhna. It literally means the Eve of Samhain.

Samhain marks one of the two main points in the Celtic year – November 1st. The other one is Lá Bealtaine on May 1st. These two days break up the year into two seasons: the light and the dark.

What’s so special about Halloween?

In the early centuries of the first millennium A.D.,  the Celts practiced an elaborate religion through their priestly caste, the Druids.

Samhain marked the first day of winter, when the cattle and the sheep were brought from the pastures back to the stables, when the harvest was stored and the fattest animals slaughtered to feed the people through the winter months.

It was believed that at Samhain the gods drew nearer to the Earth, so many sacrifices and gifts were offered in thanksgiving for the harvest. Fires were lit and people threw in objects symbolizing their wishes and prayers.

Samhain was changed to Hallowmas — a feast to honor the dead — with the rise of Christianity.

The custom of trick-or-treating may have originated from an old Irish custom of going door-to-door to collect bread, cheese, nuts and apples in preparation for the feasting at Samhain.

Samhain is a time of fairies, ghosts, demons, and witches. In Celtic mythology winter was the season of ghosts, and Samhain is the night when they are released from the underworld. Many people lit bonfires to keep the evil spirits at bay.

Light a bonfire, they keep the evil spirits away!

Fruits of the season

Apples played a big role in divinations on Samhain. Apple peeling was a divination to see how long your life would be – the longer the unbroken apple peel, the longer your life was destined to be.

Samhain was also known as Nutcrack Night, because it was a popular custom at Samhain to throw nuts on the fire.

Micheál and Pádraig have been friends when they were children. They met for lunch after not seeing eachother for a couple of years. As they are saying goodbye they are planning a night out for Halloween.

Hope you don’t scare too easily 😉

This has been content from a Bitesize Cúrsaí lesson. Bitesize Cúrsaí is our online library of Irish language lessons. Learn at your own pace. Listen and repeat thousands of audio recordings, to get your pronunciation right over time. Sign up for free Taster membership to try it out.