Must-see Gaeltacht regions when you get to Ireland 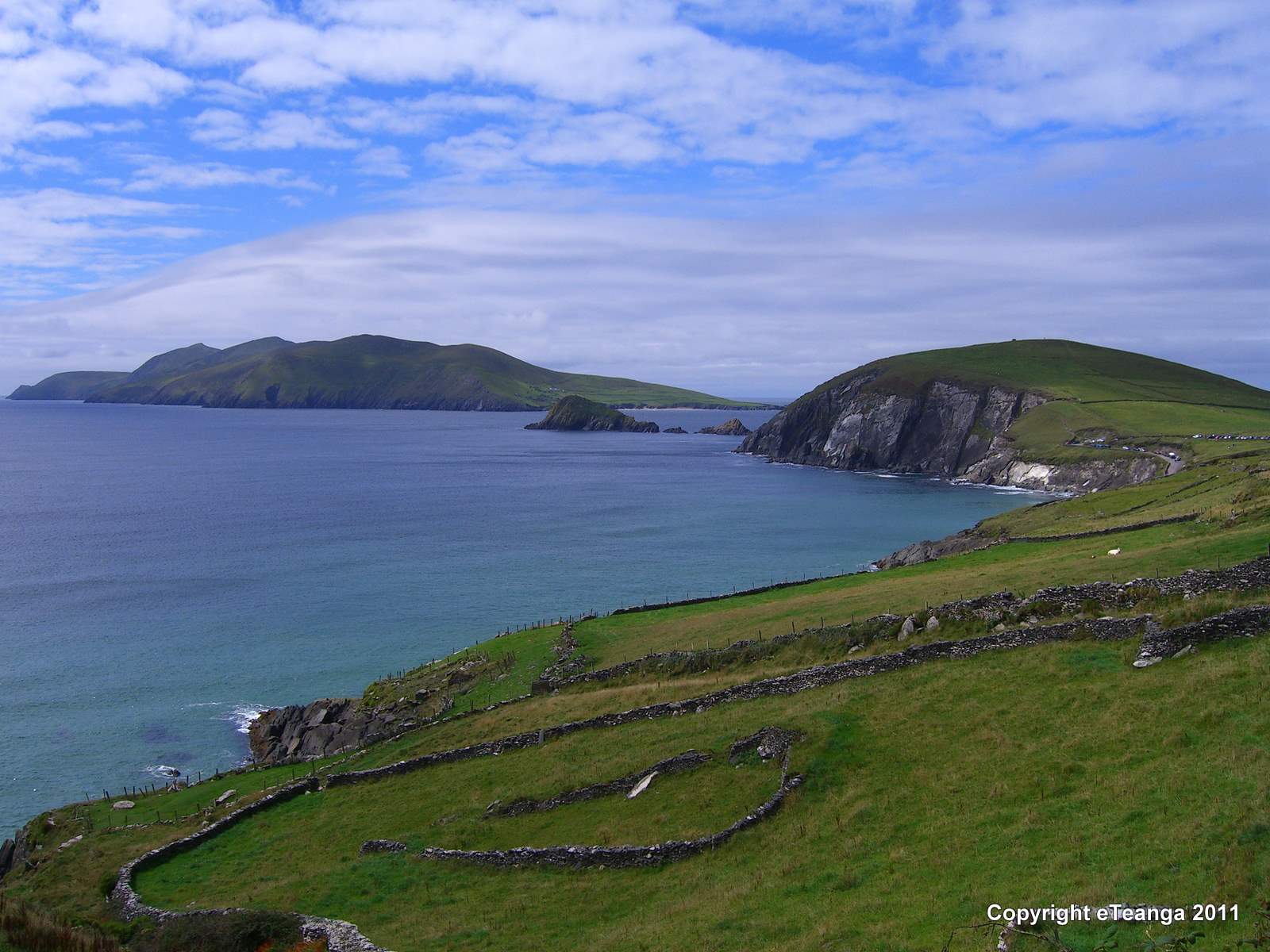 So you started learning Irish (Gaelic) and want some proper practice. You also thought of traveling to Ireland but never got the chance. Well, once you decide to come to Ireland, you will probably want to impress the locals with your Irish and practice the spoken language as well!

First thing’s first. An important part of your trip is where to rest your sleepy head after a long day. There are actually so many accommodation options available to you, it’s difficult to decide on where to stay.

What type of accommodation to pick?

These are usually family-run businesses run at their home. You pay by night and, obviously, you’ll be treated to breakfast the next morning.

The great thing about B&Bs is that they can be found on just about any village, town or main road. You’ll never be too far away from one.

Price-wise, B&Bs aren’t too bad. Expect to pay about €40 per person sharing and €50 for single person. These rates change as the tourist demand changes over the summer months, and prices will vary across the country. Credit cards are usually accepted.

From what I understand, these are pretty much like bed & breakfast services, but they would be more commercial than simply a family business. The building may be custom built for guests, without the family living in it as in B&Bs.

You may also like to stay in a farmhouse, much like a B&B but is situated on a working farm. This may give you a better taste of rural life in Ireland.

These are as you’d expect in other countries. The quality of service varies, but the only way to find this out is by staying in them.

Midsummer is the most expensive time to stay in a hotel. The price for a room varies from about €50 to €125 and upwards. Breakfast is usually included in this price, but sometimes it’s not, so check that out.

As far as tipping goes, we don’t have so much of a tipping culture in Ireland as in the USA. There’s no need to tip, and the restaurants will probably add a service charge. Basically if you want to tip, do so.

If you’re going for the cheaper holiday, these will suit well. They should be pretty clean although staying in hostels won’t afford you total privacy.

The price in hostels seems to be standard. During the summer prices will rise to €30.

If you’re a more out-of-doors person, this may be a good option. I must admit that the quality of some camp sites in Ireland isn’t great. When you get to Ireland, pick up a camping guide in a tourist information office. These guides will give you ratings on each camp site in a specific area.

Getting back to the money side of things, you’ll pay maybe €15 a night.

And one more thing: if you’re planning on camping anywhere near the Atlantic coast, be ready for a lot of rain and wind!

Which one to pick?

When picking a place to stay, be it in Dingle/An Daingean in Kerry, Connemara in Galway or up in Donegal, there’s a couple of rules I set out for picking where to stay. This should help you when you’re doing your own travel research.

I’ve stayed in places in many of the Gaeltacht regions. The best you can do, I think, is to stay at B&Bs since then you get to know the owners.

Where to go for cúpla focal?

If your main goal is to learn and practice Irish any Gaeltacht will do! Here are some of our favourite spots.

What is An Ghaeltacht?

An Ghaeltacht (“The Gaeltacht”) covers all regions in Ireland which are officially recognised to be mainly Irish-speaking areas. More generally, Gaeltacht (plural Gaeltachtaí) is a word in the Irish language to describe any region where Irish (Irish Gaelic) is the main language. Special funding is available for these areas, and the definition of the areas has evolved over decades.

The Gaeltacht regions are generally scattered along the west coast of Ireland (Kerry, Galway, Donegal), plus a small Gaeltacht in the south-east in County Waterford, and a Gaeltacht in County Meath. These regions cover some of the most breath-taking landscapes of the island of Ireland.

Kerry is a large county with beautiful scenery and wherever you go you won’t regret it. However, for a proper Irish experience go to the Dingle Peninsula, where the locals still speak Irish over their pints.

An Daingean is both a tourist hot-spot and a local fishing village. Many small boats operate out of the town’s port, and you can wander up the pier to see the men at work. While you’re wandering around, grab yourself a traditional “fish and chips”.

You won’t hear much Irish spoken in the town of An Daingean, despite its Irish-speaking status. Chances are you won’t hear a word. However, it’s still being spoken in the privacy of many locals’ home, and you might hear the ould lads speak it in the local pub. If you’re booking a local B&B, I suggest that you first ask if the family is Irish speaking. If you want to hear the Irish language, drive out further down the peninsula to places such as Baile an Fhéirtearaigh.

One thing is for sure, accommodation is not hard to come by in Dingle. However, prices and availability will vary according to the season.

Feirm Chinn Sléibhe (Slea Head Farm) was Europe’s most western family-run farm and guesthouse. The house sits high on the cliffs above the Atlantic Ocean at the tip of the Dingle Peninsula, on the Slea Head Drive, between Caenn Trá and Dún Chaoin. It offers magnificent views over the Atlantic and treats you with fine Irish spoken by the owners. Unfortunately, the B&B has closed down since we stayed there, but look for B&Bs in a similar location!

Nic Gearailt B&B (+353 (0)66 9155142) is situated in the heart of the Gaeltacht in Baile na nGall (Ballydavid) and nestled between Mount Brandon, Ireland’s second highest mountain (925 metres) and Smerwick Harbour on the Northern side of the Dingle Peninsula. This bungalow is the Irish-speaking home of Máire Dolores and Thomás Mac Gearailt and family who offer homely accommodation, home cooking and friendly atmosphere. Nic Gearailt is an ideal base from which to explore the un-spoilt area rich in flora and fauna and archaeological sites such as Gallarus Oratory and Cill Maolcéadar Church. It is a walkers and hill climber’s paradise.

County Galway is the heart of Cúige Chonnacht (Connaught, or Connacht), Ireland’s western province. The West is known for its traditional, rural, sparsely populated land, with windy mountains and countryside speckled with low stone walls and peat bogs. The rough Atlantic coastline gives shelter to numerous prehistoric sites such as the ring forts on the Aran Islands, and the tower houses.

Conamara is quite a large region, so try to plan your trip to see where the best place to spend the night would be. Galway City is a great base from which to start you travels.

An Cheathrú Rua is a small vibrant town at the heart of the Conamara Gaeltacht. The population swells during the summer’s months with people visiting here to learn the language. An Cheathrú Rua sits within its own small peninsula. At the end of this peninsula is a great view from the small beach of the Atlantic and Conamara mountains.

If you’re dreaming of visiting Ireland, take a free trial of Bitesize Irish to learn essential phrases for your trip.

Have you travelled to Ireland before? Tell us the story of your trip by leaving a comment!

PrevPreviousCharging For Our Service Is Not Hurting The Irish Language
NextVisitor questions: What do I get, and how much does it cost?Next