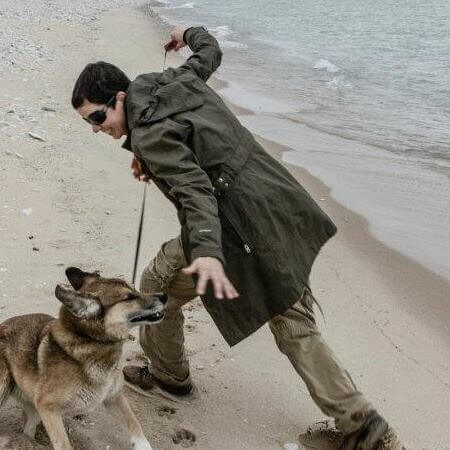 The Irish Heritage Fuels the Desire to Learn Irish Gaelic

If you’re going to browse our blog and especially our Bitesize Irish Gaelic member interviews, you’ll notice that we’re strong believers that having an Irish heritage isn’t mandatory if you want to learn the Irish language.

With that being said, we do agree that the process of learning Irish Gaelic and one’s Irish heritage are connected.

Is this a problem for people without Irish heritage? Of course not.

It’s just a matter of being drawn to your roots.

We can clearly see how the Irish heritage fuels one’s desire to learn Irish Gaelic. You have that feeling of belonging to something bigger than you and who knows, maybe by learning the Irish Gaelic language you’ll also learn new things about you and your family.

If you want to learn more about how the Irish heritage fuels the desire to learn Irish Gaelic, please keep on reading the following interview.

Mary Bowden uses the Bitesize Irish Gaelic online lessons & complementary tools to learn Irish Gaelic, thus strengthening her connection to her Irish roots. If this is something you wish to achieve, please go ahead and read her interview.

Mary: I live in the United States, in the State of Michigan. My town, Traverse City, is tucked into the interior end of a long, narrow bay of Lake Michigan, called Grand Traverse Bay.

Mary: A realization that visiting Ireland has been a desire of my heart for my entire life, and that I’d better act on it, combined with a hunger for connection with my ancestors, ignited an interest in learning the native language. For a variety of reasons, it’s going to be a couple of years before I can make a trip to Ireland actually happen.

Studying the Irish language feels like taking action, which, conversely, brings me the patience to continue to enjoy the present moment, and not obsess over the details or the long wait.

Learning anything is a source of great fulfillment. Learning a language contributes to a sense of a people, their culture, and their history. Also, it’s always fascinating for me to see the myriad ways a native language creates the “accent” of any culture as applied to my native tongue, the English language. Hearing what creates an “Irish accent” is one of my favorite parts of studying this beautiful and complex language. I find it endlessly fascinating and joyful.

Mary: I do. I was always told that my maternal great grandmother, Cecilia Donnelly, emigrated with her parents, from Cork, as a child. I was also told that beyond her grandparents, who are said to be buried in a cemetery in Cork, the genealogy was a dead-end (this was pre-internet; I have done very little further research).

In casually researching her surname last summer, I was surprised to see that Donnelly derives from an affiliation with a place: Donegal. If I understand correctly, this name indicates a family origin of Donegal, in the northwest of Ireland. If this is so, that would mean we were from the opposite end of the country than we had thought — the northern regions, rather than the southernmost.

However, in spite of all of that… my draw is to the middle western coast of Ireland. Connacht, specifically Connemara and the western shore of that region, has captured my  imagination somehow. Every conversation, all my research, has pushed me in that direction. Further, it tugs at my heart, makes the hair on my arms stand on end, when people bring it up. And they do — in North America, you can always find someone who has a story to tell about Ireland.

It’s a beloved and sacred place to so many people here. It’s strange and somewhat indefinable, but I don’t think it’s a new idea to say that there’s something more than fancy to the fact that many people yearn for their homelands. Maybe it’s in our DNA, or mass consciousness, or some other explanation; however, it does seem that we’re all connected.

Interestingly, after I had made the decision to follow my heart rather than my bloodline, and plan my trip for the Connacht region, my sister sent her DNA sample to Ancestry.com, and the map came back with a small green circle directly over… you guessed it. And not even a very large portion of the Province*, at that.

*[Wait… Province… is this the correct term?]

Maybe this is all sounding a bit mystical, but I think even the most hardened critic would have to admit, Ireland is generally acknowledged as a place of great spiritual mystery and enchantment.

Mary: I’ve only been studying Irish since January of this year, which amounts to less than six months. I’ve recently had a six week lapse in my studies, due to illness, and am just re-establishing a study pattern, but here’s what I’ve observed so far:

Both the format and the brevity of the early lessons really lend a sense of ease and accomplishment. I love the audio samples! They’re really helpful. It helps to know that even if I never am able to get a grasp of this really challenging language, I will still be able to understand and be comfortable with a few key words and phrases, and even ask and answer some basic questions.

I study between 15 minutes and one hour a day, depending on my schedule. Most days, it’s about twenty minutes. It’s my morning coffee shop activity — one of the things I do “just for me.”

I’ve really enjoyed alternating the lessons with the videos of Siobhán and Eoin on YouTube. I’ll do a couple of lessons in order (over the course of a few days), then take a break on the third or fourth morning, to transcribe a poem or sentence from the videos. I like to see if I can translate them into some sort of reasonable sentence using Teanglann.ie and O’Donaill’s Foclóir. It’s fun (and frustrating / challenging) to try to work out sentence structure in this way, and I guess I’m hoping that someday things will seem clearer as a result (I’ve always been a dictionary-reader, and I find that things often do get “stored”, and show up later).

While it’s a nice diversion, it’s also really easy to go down a rabbit-hole with this approach, but that’s part of the fun. You can definitely get the idea that Irish is ALL idiom and colloquialism, and that you’ll NEVER learn it, but I’m just forging ahead anyway, and letting that be ok. The moment I feel lost or thwarted (which doesn’t take long), I get back over to Bitesize.

I’ve noticed that in many of the lessons, Eoin makes this very assertion — that you don’t need to understand everything 100% right now — which is actually very reassuring.

Bitesize is the foundation of my learning, and a very grounding force. I love the format, and the ability to follow threads of interest through the links to other lessons. The emails from Bitesize are also a goldmine of fun and interesting information and resources.

Additionally, I’m really grateful that the later lessons are as easily understandable as the earlier. The ability to skip around, to satisfy curiosity as it arises, keeps up the momentum.

Mary: Haha, well… since I’m a total beginner… I guess I’d just say, have fun — make it fun and interesting for yourself, by listening to the part of your intellect that is innocent and curious. Cultivate curiosity. Learn to hear the questions your mind is asking, because that voice can be quieter than the frustrated voice, at times. And use all of the resources that are provided.

That’s my favorite part about the Bitesize Irish lessons — the variety and quality of the resources offered.

Want to strengthen the connection to your Irish heritage? Make the first step and sign up for a Bitesize Irish Gaelic membership. Don’t forget about practicing the language, immersing yourself in Irish and visualizing yourself as being fluent.