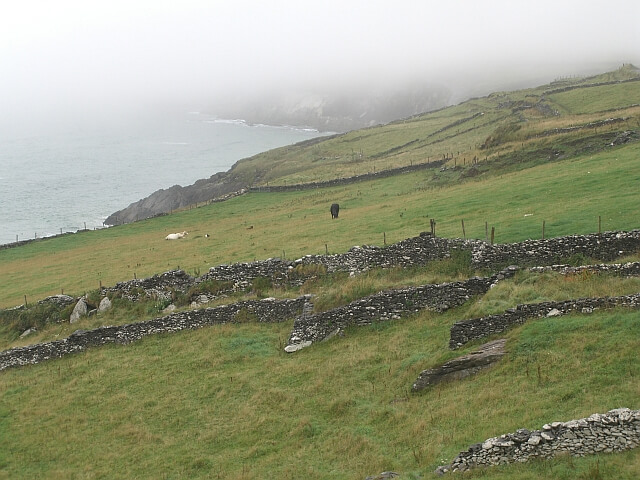 It makes me cringe every single St. Patrick’s Day.

At some point during the morning, either on TV, on the radio, or in person, I know I’m going to hear someone say it.

(Makes me shudder just to think about it!)

No, not even in English

I don’t know where that particular bit of “Stage Oirish” came from, but it is NOT how Irish people say “good morning.”

In fact, if you use it in Ireland, be prepared for, at best, a heavy sigh and rolled eyes (they really do get VERY tired of these stereotypes, which shouldn’t surprise anyone. No one likes to be stereotyped, especially when the stereotype is dead wrong).

In English, an Irish person will most likely greet you with plain old “good morning.” Or maybe a “hello,” “how are you?” or even “hiya.” But they will not wish you the top, or any other portion, of the morning.

If you really want to sound Irish (on St. Patrick’s Day, or any other day) how about saying “good morning” IN Irish (sometimes referred to as “Irish Gaelic“)?

Here are a few ways to say “good morning” in Irish:

Maidin mhaith, which is the simplest way to say “good morning” in Irish, is a direct translation of the English phrase.

(In Irish, the adjective comes after the noun, much as in Spanish or French).

Pronunciation for this varies a bit among the three main Irish dialects:

Ulster (Including Counties Donegal, Monaghan, and Cavan, as well as the six counties of Northern Ireland): Maidin mhaith: MA-jin why.

NOTE: Some purists dislike “maidin mhaith” because it is a direct translation from English, and thus could be considered “Béarlachas” (an English idiom that doesn’t really work in Irish).

It’s widely used, however, particularly in Donegal. It may have originated as Béarlachas, but it’s come to be accepted, and will be understood in any Gaeltacht.

It’s a handy one to know, both because it’s easy, and because you don’t have to worry about whether you’re addressing one or more people, which can be an issue with other greetings (as you’ll see in a second).

A little more formal (and traditional)

There’s a slightly more formal way to say “good morning” in Irish…one that appeals to language purists because it’s a traditional Irish idiom:

(Many Irish greetings are religious in origin, but they are used by all Irish speakers, whether religious or not, much as “Goodbye” (“God be with ye”) and “Adios” (“with God”) are in English and Spanish, respectively.)

Another traditional Irish morning greeting is PROBABLY the one that gave us the infamous “top o’ the mornin‘”:

It’s likely that a mistranslation of this greeting gave rise to the “Stage Oirish” greeting. Mór (of which “móra” is a variation) has a variety of meanings, including “big,” and “great.” Possibly someone mistook this greeting to mean “the bigger/greater part of the morning too you.” From there, it’s not hard to see it becoming “top.”

In this case, however, móra simply means “good.”

Next time you want to say “good morning” in a traditional Irish style, you’re all set! Any of these will be understood and appreciated by most Irish speakers.

(And if you’re NOT talking to an Irish speaker, it will give you a good opportunity to educate people about that whole “top o’ the mornin'” thing!).

PrevPreviousLesson Highlight: Meeting and Greeting
NextThe Harp that Once Through Tara’s Halls…Next