The Days of the Week in Irish 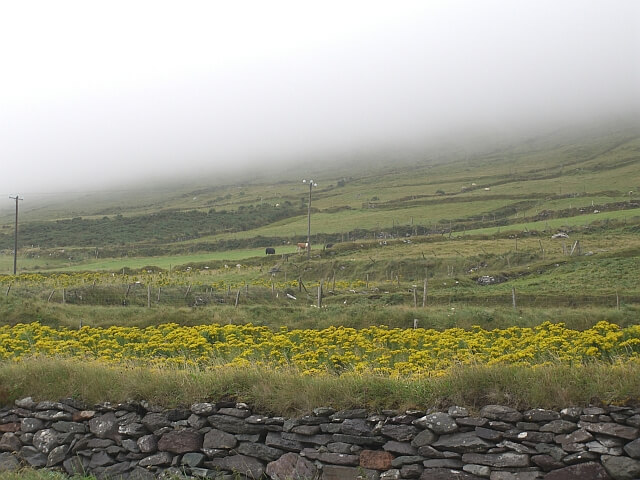 There’s a great little song in Irish (based on a folktale) called “Dé Luain, Dé Máirt,” in which a crippled man called Donal Bocht Cam (Poor, Twisted Donal) rescues a group of fairies from the monotony of singing “Monday, Tuesday, Monday, Tuesday” in Irish over and over by supplying the Irish word for Wednesday.

The fairies reward Donal by removing the hump from his back and sending him on his way healthy and sound (not a typical result of encounters with Irish fairies, which tend, on the whole, to be rather unpleasant creatures!).

You may never encounter a group of fairies stuck on repeat, but, if you’re learning Irish (or thinking about learning it), it’s always useful to know the days of the week (and how to use them properly).

If you simply need to recite the days of the week, here is what you would say:

Not quite the dictionary thing

If you were to look the days of the week up in a dictionary, however, you might be a bit confused. A typical dictionary listing for, say, “Monday” would look something like this:

What gives? What’s that “(An)” doing there? What happened to “Dé”? And why is it spelled “Luan” instead of “Luain”?

A very Irish mode of expression

Instead, you literally say “The Day of Monday,” “The Day of Tuesday,” etc. You do this by using an old Irish word for “day”: Dé. You then follow “Dé” with the genitive case of the name of the day (the genitive of “Luan” is “Luain”).

If you don’t know what the genitive case is, here’s a brief article about it:

The Genitive in Irish Grammar

For now, it suffices to say that the genitive case is a special way of writing and pronouncing a noun (aka “an inflection”) that, among other things, includes the concept of “of.”

Dé Luain: The Day of Monday

This is the form you use when simply reciting the days of the week, or when referring to a specific day of the week, for example:

Chonaic mé é Dé hAoine: I saw him on Friday.

“An” is the definite article…equivalent to “the” in English.

Remember how I said that you would never use “Luan” (or any of the other days of the week) by itself in Irish?  When the days aren’t preceded by the “Dé,” they will have “an” in front of them, and will be in the nominative case (that’s the case you find in the dictionary).  You literally say “on the Monday” or “on the Tuesday.”

You use this form when you’re speaking of a day in a more general sense, for example:

Téim go dtí na siopaí ar an Luan: I go to the shops on Monday (the assumption being that this is your regular practice…you’re not talking about next Monday, but any given Monday).

Of course, there’s always an exception!

This is Irish, so you know there will always be at least one exception to the rule, right? In the case of the days of the week, that exception is Déardaoin: Thursday.

Because the “Dé” is an integral part of the day’s name, it never goes away:

Chonaic mé Seán ag an siopa Déardaoin: I saw Seán at the shop on Thursday (Here we’re speaking of a particular Thursday).

So where did these names come from, anyway?

If you’ve studied a language such as French or Spanish, some of these names may have a familiar feel.

We don’t know if the ancient Irish had special names for each day of the week, but the names in use today came from Latin.

Some of the names come from ancient Roman pagan practice:

Other names come from early Christian practice, and were almost certainly brought to Ireland by the monks:

Déardaoin = Day between the fasts

These three came from the monastic practice of fasting on Wednesday and Friday.

Dé Domhnaigh = Day of the Lord (from the Latin “dominus”: lord)

So now you’re armed with enough knowledge to satisfy any fairy!

Did you find this article helpful?

Did you already know all this about the days of the week in Irish? Let us know your thoughts below!

PrevPreviousCounting in Irish
NextThis is what a beautiful Summer’s day looks like in Ireland: 2012 EditionNext

34 thoughts on “The Days of the Week in Irish”