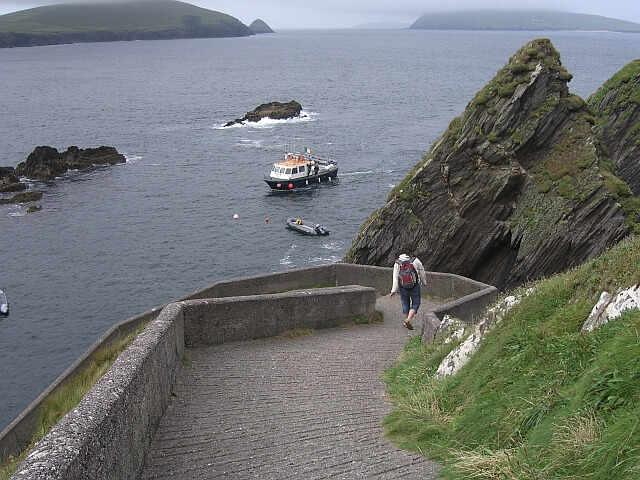 OK, I admit the title is kind of cheesy. Well, seriously cheesy, actually. I hope my Irish friends will forgive me. I mean, if you can’t get away with some cheese on St. Patrick’s Day, when can you? (especially if it’s green cheese!).

Truth be told, I have no idea how leprechauns cuss. But if they do (and wouldn’t you, if people were always after your pot of gold?), I’m betting they do it in Irish Gaelic.

All kidding aside, swearing, cursing, cussing, profanity, or whatever you want to call it is a subject that comes up fairly frequently on Irish discussion forums, and even in Irish language classes.

The reasons given are varied. Some people just want something a little different to shout at drivers who cut them off on the freeway. Others may be doing serious research for a book, story, or movie.

I’ll tell you a bit more about this difference and why it exists in a bit. In the meantime, here are a few irritable Irish expressions you can try out for yourself:

As ucht Dé – (literally “from the breast of God!”)

Ticked off at someone

Go away and don’t come back!

Imeacht gan teacht ort – (literally “leaving without returning on you”…the implication being that you’d just as soon the person crawl off somewhere and die.)

To hell with you!

And if you really want to tell him what you think:

You really want to let that bozo who cut you off in traffic know what you think? Try one of these:

May the cat eat you and the devil eat the cat!

Go n-ithe an cat thú is go n-ithe an diabhal an cat
http://audio.bitesizeirishgaelic.com/mp3/5495.mp3

May you be eaten by the itch!

Breaking and crushing to your bones!

And finally, one of my personal favorites:

May the devil make a ladder of your back bones while picking apples in the garden of hell!

(You REALLY don’t want to cut me off in traffic!)

By the way, if you’re a Bitesize member, you can access these and several others in Lesson:   Cursing: Shock, dismay, angry retorts and Lesson: Curses and name-calling.

As you can see, most real Irish curses really ARE curses, invoking the devil, fire and famine, itching, and just about anything else that that might be thought to cause unpleasantness.

Others may not seem like curses until you hear the tone in which they’re spoken. Something like imigh leat! (“away with you”) can be a playful “run out and play” when spoken to a child, and a devastating “up yours” when spoken in an angry tone of voice to someone who’s angered you.

As in English, Irish Gaelic curses, oaths, and “swears” can run the gamut from mild expressions of annoyance to seriously angry tirades.  But if you haven’t noticed yet, there’s a major difference: It’s the intention, rather than the words, that’s “bad.”

In English, we’re accustomed to short, punchy expletives that usually involve body parts, bodily functions, or the suggestion that the person being sworn at either take himself off to hell in some form or another or perform some kind of anatomically questionable act.

We’ve got a lot of single-word exclamations that are calculated to shock...”dirty words,” as we called them when I was in elementary school.

Don’t get me wrong! The Irish people have those too, and use them with at least as much abandon as Americans. The thing is, they’re in English.

In fact, I had to laugh when I first saw the feature-length Irish movie “Kings,” because even though most of the the dialogue was in Irish Gaelic, the rather graphic profanity was all in English!

A BRIEF HISTORY OF “BAD WORDS” IN ENGLISH

All languages vary in how they help us express dissatisfaction, disagreement, amazement, anger, or disgust, but English is particularly punchy in that regard. This is at least partially due to how the language developed.

English began life as a dialect of German…the German spoken by the Angles and Saxons who settled in Britain in the 5th century.

In 1066, however, the Normans came along, bringing with them French and feudalism and busting the “Anglish” (English) speakers back to peasant status.

And, of course, Latin was still to be found on the island…a legacy of the Romans which ultimately became the language of religion and science.

In such a stratified society, it’s probably not surprising that language became stratified as well, with the language of the peasantry coming to be associated with baser or more earthy matters.

In day-to-day terms, for example, the Saxon peasant raised a “cow,” which the Norman lord ate as “beef,” and the Latin-enthused classified as a “bovine.”

Can’t you just picture Norman teenagers shocking their parents by using such a “vulgar” (i.e., “common”) term? “Ralf! Your language! I’d wash your mouth out with soap, if I knew where to find some here in the 11th century!”

While this certainly isn’t the only way that “bad words” came to be in English, it contributed greatly to the sense that some words are inherently “bad” (or, at least, lower class!).

A DIFFERENT SITUATION IN THE IRISH LANGUAGE

In fact, Irish doesn’t HAVE “bad words” in this sense. If you stub your toe in the Gaeltacht  and yell “cac!” people will certainly understand that you’re perturbed (though they might wonder if you stepped in something). It’s not, however, what THEY’D say in such a situation.

(In fact, in a similar situation, they’d probably just use English. Every language is good for something, right?)

So have fun learning to express yourself a bit more…er…richly in the lovely, descriptive (and certainly very expressive!) Irish language!

And if you’ve enjoyed this brief look at the living ancestral language of Ireland, perhaps you’d like to give Bitesize Irish a try! (after all, in addition to learning even more curses, Bitesize members actually get to learn to speak the Irish Gaelic language!)

And remember, all kidding aside, play nicely and be safe, on St. Patrick’s Day and every day! You never know…that person you “cuss” at may just be an Irish speaker!

PrevPreviousBook Review: “How to Learn Any Language”
NextSt. Patrick: Who Was He (And Why Do We Care)?Next

8 thoughts on “Audio: How to Cuss Like a Leprechaun”