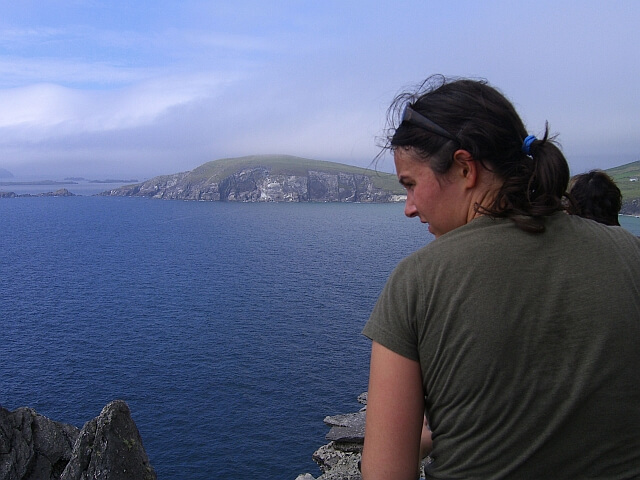 Don’t you love when you discover a new movie or song you really like? If you’re like us, then you’ll want to know more about the person who made such a positive impact on your life and end up discovering amazing things about him. Recently, we looked up some of our favourite celebrities and we discovered some Irish speakers that might surprise you.

We didn’t know that the following persons were of Irish ancestry or that they speak Irish Gaelic, so if you already knew this, please let us know in the comments below.

It came as a surprise to find out that the mayor of Boston city, MA is an Irish Gaelic speaker and that his parents are originally from Callowfeenish, a townland near Carna, County Galway. His parents immigrated to the United States in the 1950s.

The popular singer and member of the One Direction band, Harry Edward Styles, although not a native Irish Gaelic speaker has been seen practising this beautiful lanugage on television or at concerts. He’s probably influenced by his friend Niall Horan who is also a member of One Direction and originally from Mullingar, County Westmeath. Harry’s Irish Gaelic isn’t one of the strong points, but people like broadcaster Micheál Ó Muircheartaigh said they will gladly help him improve.

You probably loved Michael in popular movies such as Inglourious Basterds, Prometheus and X-Men franchise but did you know he is half German (father) and half Irish (mother, originally from Larne, County Antrim). Michael Fassbener was raised in Killarney and is a Hollywood celebrity. We recently found out that Michael is a fan of racing and Irish Gaelic after we saw his small talk with businessman Eddie Jordan (you can find a fragment of that in this youtube video).

Switching back and forth from movies to music, we found out that Snow Patrol vocalist Johnny McDaid is also a speaker of Irish Gaelic. His love for the language can be seen by looking at the singer’s left arm tattoo which says: “Nuair is gá dom filleadh abaile, is tú mo réalt eolais” . This is a lyric from one of his favourite songs performed by fellow Northern Irishman Foy Vance.

We couldn’t finish our list of Irish speakers without mentioning Cillian Murphy who is well known for his roles in movies like: 28 Days Later, Batman franchise, Red Eye and others. You saw him in those movies, but did you know he was born in Douglas and raised in Ballintemple, two suburbs of Cork? He has some movie roles where he speaks in Irish Gaelic but we’ll let you do a bit of research on your own and find them out!

We all know Irish celebrities like Colin Farrell but it’s always nice to find out there are more Irish Gaelic speakers we didn’t know about. Even if they don’t master the language, they’re trying their best… not something that can be said about our government minister for Gaeltacht, mr. Joe McHugh.

In the end, we’re leaving you with a video of others movie celebrities who were trying their best to speak Gaelic at the invitation of TG4 to raise awareness for Seachtain na Gaeilge.

Did you find other surprising Irish Gaelic speakers we didn’t know about? Tell us in the comments below!