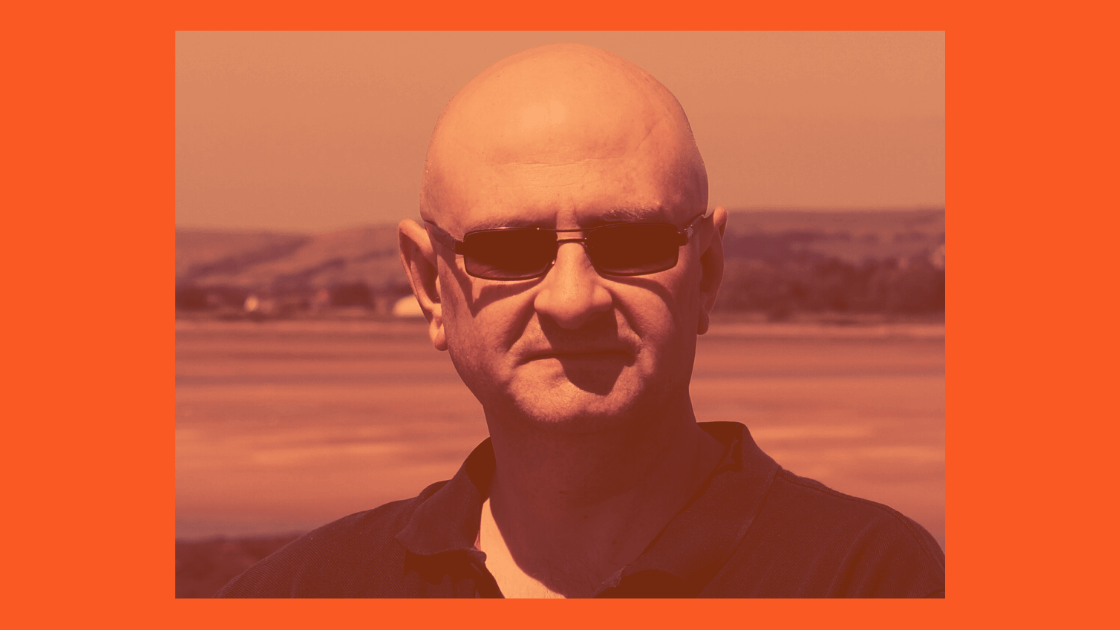 Advice for learners: Stick with it and make it fun!

Some Bitesize Members come to us without a word of Irish, some can say Dia Dhuit, and others, like Peadar learned Gaeilge in school but after either years away from Ireland, or just not using it, they want to re-learn. They have Gaeilge, but they just need to find it!

In this Member Interview, Peadar talks about growing up learning Irish in school and about how he uses technology (including Bitesize Pobal – our online forum) to reconnect with Gaeilge.

Tell us a bit about yourself!

Dia dhaoibh ar fad. Peadar Ó Ceallachán is ainm dom. Is Éireannach mé and I am originally from Cobh, Co. Cork. I spent my youth playing in and around Cork harbour.

After I completed secondary, I moved to the UK and went to University at Kingston upon Thames to do a degree in Mechanical Engineering. After studying for 3 years and quite a few pints, I passed with honours.

Fast forward a couple of decades, I now live and work in Hampshire for an Engineering firm as a Technical Support Manager.

Whilst I like the usual pursuits, reading and listening to music, I prefer to roam outdoors either walking or mountain biking. To relax, I also like to draw abtract art, which is influenced by celtic art.

I remember using bits of Irish when I was young but it was more slang than actual Gaeilge but, generally, English was spoken. I did spend a week in a Gaeltacht in Kerry (Dingle Peninsula) as part of a school trip associated with a book about Peig Sayers. We studied and enjoyed the trip, not so much the book, but this was prior to doing my Inter Cert (Eag: The Intercert, now called the Junior Cert, is a state exam in Ireland, which students undertake after three years in secondary school).

What got you interested in learning Irish language again?

Gaeilge was part of my schooling and I remember well having to ask to go to the toilet in irish in primary school. If you didn’t know, you didn’t go. Sounds harsh but back then things were a little more strick. I lost interest after I completed the intermediate Certificate (taken in the 3rd year of Secondary), which I put down to the teacher who was trying to teach a higher level of Gaeilge beyond the capabilities of most of the class and, unfortunately, this is the point I lost interest.

Over the years, I have had an interest in learning another language but never commited until now. It was in April 2019 this year, after a trip to Borrisokane, Tipperary and hearing it spoken, made me think why learn some other language when I can learn my own, Gaeilge.

I stumbled across Bitesize online and did the free month trial and then signed up. I think I know more now than when I started back in May / June 2019. Níl sé deacair 🙂

Now I joined Pobal I am hoping to progress / challenge myself further and with others within Pobal.

I started off using Bitesize Classic but then moved over to Pobal and Cursaí. The ease in which you can jump in and out of lessons makes it great to do a quick lesson if you don’t have time or when time permits, work through a series of lessons, typically with Raidió na Gaeltachta going on in the background.

I flip between different resources as I go through phases of reading (books), Bitesize or some mobile language app.

What’s been the hardest thing so far about trying to learn Irish again?

Pronoucation I think was the biggest stumbling block I had and without question the cheat sheet from Bitesize on how to get your tongue around the letter combinations helped.

When I was looking at translations online the one thing I noticed was the phonetic spelling, if included, was of the traditional format that i found difficult to read. The phonetic spellings within Bitesize made life so much easier.

What do your friends and family think about you learning the Irish language?

I suppose the first question I am asked is “why’ and my response simply is “why not”.

My family are supportive although none can speak Irish nor interested, ar an drochuair. They reminisce on doing Irish and spout what words or phrases they know. I basically did the same since leaving Éire. I at least have a few more phrases under my belt.

Over the years speaking to friends about Ireland, typically down the pub, it is amazing how many do not even realise that Irish is a language. I suppose nothing is ever known until its either taught or discovered.

What advice would you have for a total beginner of Irish?

Start slow and be patient. Stick with it. Make it fun by translating certain sayings you use every day. For me repetition also helps. It may seem obvious but saying phrases over and over again and then introducing them into conversations even if no one understands. Although some people have surprisingly responded (the power of Google). Writing your shopping list “as Gaeilge”. This makes you think about what you’ve written whilst walking up and down the food aisles.

Using as many resourses as possible that are available to you, from online (especially Bitesize) to listening to the radio, phone apps and simply reading. There are so many online sources that it is almost impossible not to find what your are looking for. YouTube surprisingly has a lot of helpful and some amusing videos.

I also use a flashcard app that is very useful when access to the internet is restrictive or non-existent, depending on where you are.

Finally, speaking with other people regardless of level of Irish is beneficial. This can be a bit terrifying. Like me if you have limited experience of doing this, making this step is a big one and I certainly need to listen to my own advice. Reading through conversation scripts with someone else and swapping roles takes the stress out of this a little until the conversation goes off script. Or look at getting some lessons locally if you can.

Following this interview, Peadar attended the Ceardlann Foghraíochta (pronunciation workshop) in March 2020. Here’s what he had to say about it:

In doing this course over the last two weeks, my eyes have been opened. I know that sounds a bit cliché. Its like a light being turned on and seeing the words for the first time. I was apprehensive at first at registering for the Ceardlann but took the plunge as i thought what did i have to loose. I wish I had the foresight to have done lessons like this sooner. My learning prior to Ceardlann was unstructured, learning a bit haphazardly but at least going through the basics of pronunciations during the course has given me a good grounding to continue so the onus is now on me to build on what i have learnt. Doing a course such as Ceardlann is definitely something that i would consider doing again in future.

4 thoughts on “Advice for learners: Stick with it and make it fun!”